Jordan Fisher has kept himself very busy throughout his career. In the past five years alone, he’s starred in live TV musicals Grease Live! and Rent: Live, waltzed into the To All the Boys sequel like he’d been there since the beginning (the actor was so charming as John Ambrose that fans weren’t even mad he was a sort-of rival to Peter Kavinsky), had a run on-stage in Hamilton and took over the titular role on Broadway’s Dear Evan Hansen earlier this year (which he was doing up the until COVID-19 shutdown). And that’s far from an exhaustive list.

You’d hardly blame the 26-year-old multi-hyphenate, then, if he wanted to use this time of self-isolation to just do…nothing. He did not. Fisher is an active user of video-game streaming platform Twitch, on which he goes live almost every day, and he’s been focused on developing projects under his production company. “Oh man, I would get in trouble if I talk about any of them,” he says with a laugh. “But I am excited to be a part of things from the ground up. It’s really thrilling to step into this new phase of my career, while also continuing to be in front of the camera. It’s been a great time to flourish as a creative.”

One thing Fisher can talk about? His new Netflix teen dance comedy Work It, which starts streaming on Friday and also stars Sabrina Carpenter (The Hate U Give, Girl Meets World), Keiynan Lonsdale (Love Simon, The Flash) and YouTuber Liza Koshy. In the movie, the L.A.-based actor plays Jake Taylor, an acclaimed dancer whose career is sidelined after an injury who is recruited to choreograph a winning routine for a ragtag dance team. And in true teen movie fashion, there’s also some romantic chemistry between Jake and team leader Quinn (Carpenter). We hopped on the phone with Fisher to talk about the movie, his career and being “slept on.”

It seems like you’ve been keeping busy during quarantine.

Thankfully. I’m very grateful that I’m super into the gaming industry – my Twitch schedule has given me structure and routine, which is important because I’m a bit of a workaholic. And I’ve been developing projects as a producer, which has been really great. I think learning how to produce film and television during this time is like learning how to drive a car in Hong Kong – they say if you can drive in Hong Kong, you can drive anywhere. It’s been a great learning process that’s kept me littered with work. And I’m grateful to do it all from the comfort of my own home. My family is close by, my fiancée is here and we have our dog. It’s been great.

At what point in your career did you realize you wanted to get more involved behind-the-scenes and start your own production company?

For a few years now. People have been kind of [telling] me that I have a knack for production, which I didn’t necessarily know [about myself]. I am wired to want to learn everything. When I’m on set, I want to be able to speak all the languages between the different departments from the director to the grips to the lighting – all of it. I’ve been doing this for 16 years now. Cast mates, directors and producers I’ve worked with have told me that my leadership is something that is necessary on set and that I would sit well in the production space if that was something I wanted to pursue. And I love to create – that’s the nature of being a songwriter, for example. I love to perform, but there’s something about the development process.

You mentioned being a workaholic, and you’ve also talked about how you are happiest when you’re busy. Have you always been that way?

Yeah. I think a lot of that drive probably came from being a gymnast my whole life – until I fell in love with art and theatre. When you start gymnastics very young, you learn willpower, determination and that you will reap the rewards and benefits of really hard work. And something I discovered early on [in my career] is that doing a whole bunch of different things within the entertainment industry keeps me from burning out. Of course, I get tired. I’m human, we all have bad days. But at the end of the day, I’m thrilled to get up in the morning and do whatever it is I’m doing – whether it’s streaming, being in the studio, going to set, doing development stuff. I love all of it. So I’m able to put on different hats – sometimes multiple hats in one day. And then I have a glass of wine and dinner with my fiancée and we watch an episode of Breaking Bad before bed.

Work It is a lot of fun. Why did you want to be a part of it?

Work It came to me pretty early on, like last January or February. I read the script and thought it was really sweet. At that time, it was a very different film with a different production company and then I had to [leave it] because of timing. But then the timing shifted with the move to Netflix, and there was a big rewrite and it just felt so good. It felt right. It feels like the kind of film we need right now – we need good feel-good films at the moment. It’s a real underdog Cinderella story, and it’s about humans. I was excited to tackle Jake Taylor because he’s not necessarily the happy-go-lucky super charming, sweet guy. He has [aspects] of that, but this injury took his whole world away and put him in a space of unhappiness. No one’s really seen me explore that in film before. And obviously I love Sabrina and was thrilled to be able to work with her. 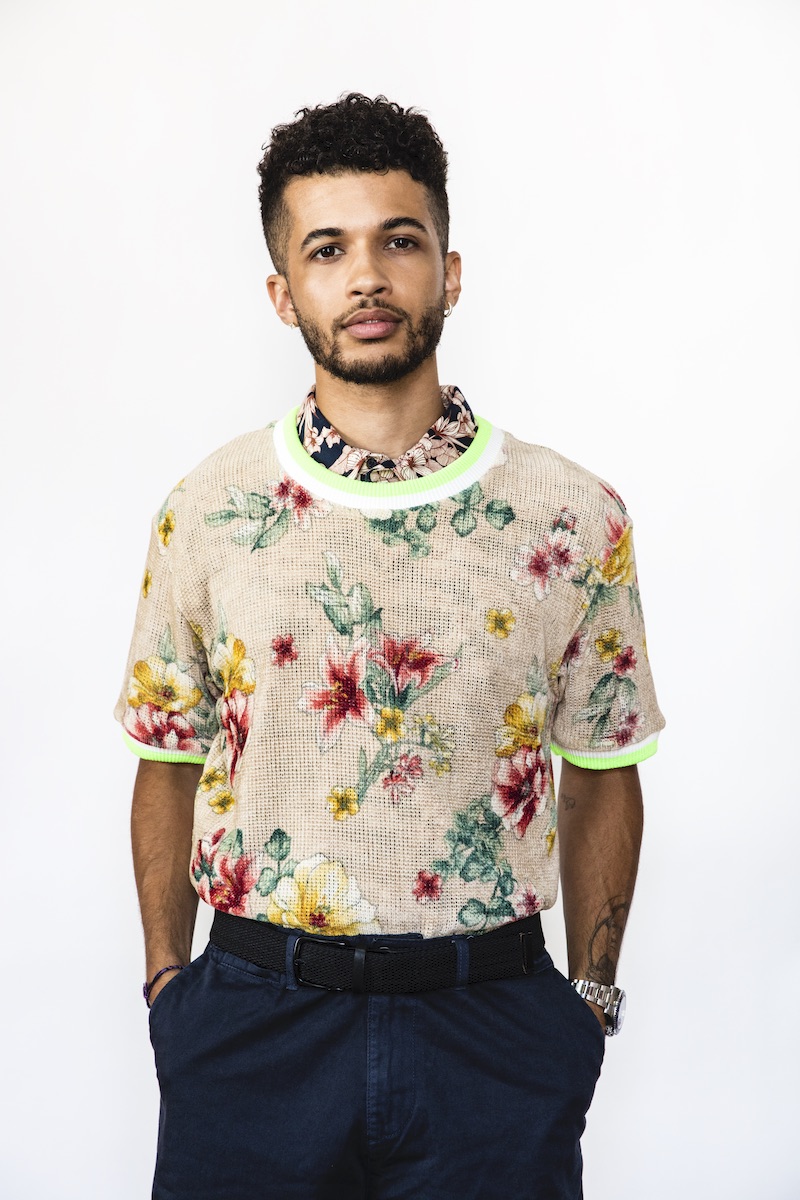 A lot of your on-screen roles showcase your singing and dancing talents as well. Do you gravitate towards projects like that?

Not necessarily. I think they tend to happen because people know that I can dance and that I’m a musician. And, to be frank, I’m grateful that I’m known to be somebody who can do all those things, but speaking totally transparently, I’m looking forward to projects I have coming up where music and dance aren’t involved. But again, I’m super, super grateful. I think [Work It director] Laura Terruso did a beautiful job with this film. Dance happens to be the vehicle for it, but it’s really about people and that’s why I loved it so much.

You’ve already had a long career, and you’ve talked a bit about how it’s been a slower rise in the industry for you but view “being slept on” as an opportunity to grow. Can you talk to me about that?

I think the trajectory or the speed in which things have gone for me would have been different if I had focused on just one thing – on just film, or just theatre, or just music. But I love building this foundation, and it’s happened very organically. Frankly, this [all] hasn’t happened on purpose. But I give credit to my team because they believe in all aspects of my career and that has given me the ability to allow things to grow at a steady pace. I feel like I am more appreciative of the [milestones] that I hit because it’s taken so much time to [reach] all of them. It’s funny, because people are just now discovering things that I’ve been doing, like She-Ra, and I love that. Longevity is a very important part of this industry, and the fact that people are discovering things I did three, four years ago is awesome because it means I can be doing this for a very, very long time. And that’s what I want most. I want to build a family, have a bunch of kids and dogs running around, a wife, a house, the whole thing. And that’s what we’re building. Longevity in a career, to me, keeps all of that afloat and thriving.

Be the first to know
When our latest styles are available for purchase.

Let customers speak for us

With summer here these tees have been my go to, they are light weight, cool, and they don’t stain easy.

Great quality. I bought 3 tees and i love them!

The Jessie checks off every "need" in a white t-shirt. It isn't sheer. It doesn't get holes. The fit is slightly relaxed where you can wear it casually , but also can easily throw a blazer and trousers on to make it office ready. And as someone with a long torso, the length is perfect to wear tucked in but also as is. Plus, it washes like a dream without compromising the integrity of the material. I have purchased many of them and have put my friends and family on these t-shirts too.

Love the material of all their v-neck tops. Quality is soft, great fit and one of a kind 100% cotton. Recommend it to all my friends and family!

I am a nurse that works pretty much 24/7 for weeks, I wore this shirt under my scrubs and I fell in LOVE!! Feels like I’m not wearing anything extra! It’s so comfortable!!